Welcome to the Coffee County School System! Our website is intended to provide a means of exploring the district's outstanding programs and talented people. It is important that faculty, staff, parents, and the community work together to ensure that, at all times, student success is our number one priority. Please feel free to contact teachers, counselors, and administrators in regards to your child's education.

As superintendent, I want the district to be as transparent as possible. These are your schools and your children we’re educating, and we want you to be fully informed. Please consider either enrolling your child, applying for a job, or just coming by to visit us here at the Coffee County Board of Education. 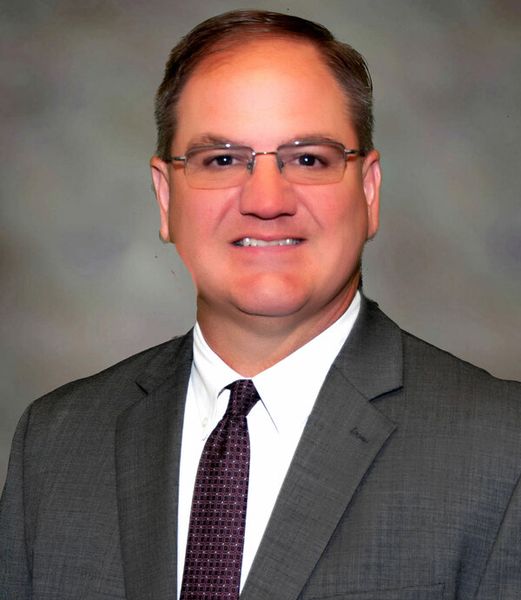 Dr. Morris Leis, Superintendent of Coffee County Schools, started his tenure in Coffee County in August of 2011. He began his educational career as a social studies teacher in the Ben Hill County Schools. Throughout his career in Fitzgerald, he gained valuable experience serving as an alternative school director, athletic director, assistant principal and principal of Ben Hill Elementary and Fitzgerald High Schools.

In 2009, Dr. Leis became the superintendent of the Wayne County Schools in Jesup, Georgia. Under his leadership, he transitioned the system from three grade center schools to five Pre-K through grade 5 elementary schools. Dr. Leis successfully managed the system’s budget during the “great recession” while increasing student achievement. Under his leadership, the system developed a new five-year facilities plan including renovations and additions to several schools and construction of a new Screven Elementary School. Dr. Leis also led the board through implementation of the SIMBLI paperless meeting system.

Completing his 11th year serving as Superintendent of the Coffee County Schools, Dr. Leis has led the district through many initiatives.  In August of 2012, the system was recognized as Accredited through Southern Association of Colleges and Schools (SACS-AdvanceED). Dr. Leis subsequently led the system through successful AdvancED Accreditation Reviews in 2014 and 2019. Under his leadership, Education Special Purpose Local Option Sales Tax (ESPLOST) referendums were overwhelmingly approved by voters in 2013 and 2018.

With ESPLOST, the district was able to provide improvement in many areas such as the remodeling and construction of new school facilities, the purchase of additional technology for students, new school buses along with additional safety equipment and security features for all school campuses. In 2014, the new Broxton Mary Hayes Elementary School was opened and in 2017 the new Nicholls Elementary School was opened. In 2017, the Billy Walker Agriculture Center opened on the campus at Coffee Middle School. The Clayton Mathis Performing Arts Center opened on the campus of Coffee High School in the Fall of 2020 and not only are students able to participate in activities within these facilities but the community benefits also.

Over the past 11 years, Dr. Leis has worked alongside the school board to significantly improve the budget and create a fiscally strong school system. Test scores have positively increased, graduation rates have improved and the school system developed their own Safety Department, providing a Chief of Police and police officers on every school campus. In 2017, the school system opened the new Wiregrass Regional College and Career Academy on the campus of Wiregrass Technical College.

As an active community member, Dr. Leis serves on several local boards such as the Coffee County Board of Health, the Douglas Coffee County Chamber of Commerce, and Coffee County Boys and Girls Club. He is an active member of the Douglas Rotary Club. Dr. Leis is an Executive Board Member for the Georgia Charter System Foundation and is the Chairman of the Okefenokee RESA Board of Control. In July of 2021, he was elected to serve on the American Association of School Administrators (AASA) Governing Board, representing Georgia in Washington, DC at the annual AASA Governing Board meeting.

Dr. Leis and his wife Suzy have two children. They are active members of the First Baptist Church in Douglas.

The Coffee County School system is very proud to have Dr. Leis as their superintendent as he is a product of the system having graduated from Coffee High School.  He is a true Trojan!

A Shepherd Looks at Psalm 23 by Phillip Keller

Accountability in Action by Douglas Reeves

Blink: The Power of Thinking Without Thinking by Malcolm Gladwell

Built to Last by Jim Collins

Closing the Achievement Gap : No Excuses by Patricia Davenport and Gerald Anderson

Coach: The Life of Paul “Bear” Bryant by Keith Dunnavant

David and Goliath by Malcolm Gladwell

Good to Great by Jim Collins

Great by Choice by Jim Collins

It’s Not About You; A Little Story About What Matters Most in Business by Bob Burg and John David Mann

Leadership and the New Science by Margaret Wheatley

Leadership in the New Normal: A Short Course by Lt. General Russell Honore

More than Just a Game by Bobby Bowden

Racing to Win by Joe Gibbs

Tell to Win by Peter Guber

The Essential 55 by Ron Clark

The Fifth Discipline: The Art & Practice of the Learning Organization by Peter Senge

The One Minute Manager by Kenneth Blanchard

The Schooling Practices that Matter Most by Kathleen Cotton

Twist of Faith by Ridley Barron

War Against the Schools’ Academic Child Abuse by Siegfried Engelmann

What Got You Here, Won’t Get You There by Marshall Goldsmith

Whatever it Takes by Rebecca DuFour and Robert Eaker

Who Moved My Cheese by Spencer Johnson

Winning is a Habit (Quotes from Vince Lombardi) by Gary George